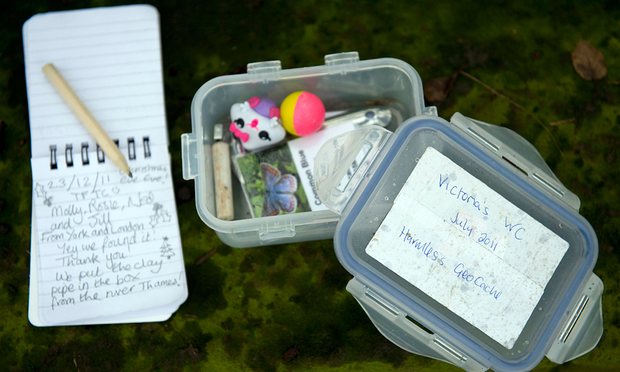 By getting his students involved in geocaching, children have found themselves embarking on real world treasure hunts around the country. The activity which started in 2001 involves hiding containers filled with small gifts in all manner of places, uploading the coordinates to the official website and then leaving them for others to find using GPS.

Lockyer explains that there are often hundreds of geocaches hidden in urban centres and their hunts have taken them as far as Hadrian's Wall. The potential for other schools to get involved is therefore enormous and claims students feel a sense of ownership from secretly planting something in public spaces.